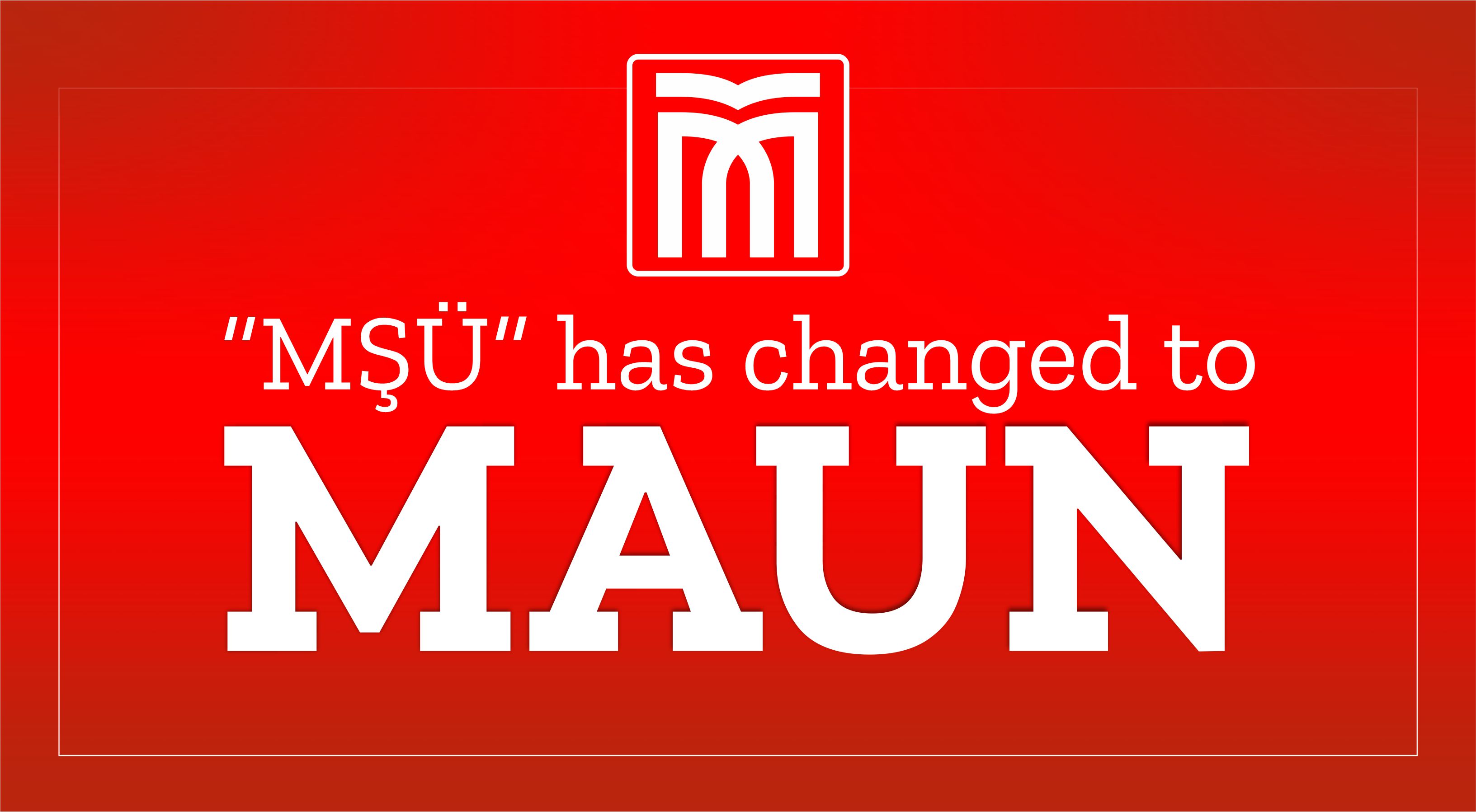 MŞÜ" has changed to "MAUN

"MŞÜ" has changed to "MAUN"

Within the scope of the renewed corporate identity studies, the abbreviated use of Muş Alparslan University from “MŞÜ” was changed to “MAUN” with the decision of the Senate.

The first step of the corporate identity work, which was initiated to promote our university in a way that represents its own culture in the national and international arena, was the renewal of the logo. After the logo was renewed, the abbreviation "MŞÜ" was changed to "MAUN" because it did not fully correspond to the name of our university and did not reflect the corporate culture, and also created problems in the use of digital media. While the letter “A” was used to include the name Alparslan in the abbreviation, the non-corresponding letter “Ş” was removed. The abbreviation was rearranged as "MAUN" by using the letters "UN" instead of the letter "Ü", which creates a problem in digital use.

Rector Prof. Dr. Fethi Ahmet Polat stated that such a decision was taken because the abbreviation "MAUN" fully represents the name of the university and more accurately reflects the corporate culture, and that the corporate identity guide, which is an important element in the promotion of the university, will be completed and shared on the website in a short time.

Our Solidarity with Village Schools Continues

We Attended the 6th International A...

We Participated in April 23 Nationa...